As our ancestors evolved in prehistoric times, healers were depended upon as horticultural botanists. If they did not understand how to keep plants alive, healers would have lost their formulary and most certainly would have failed at their craft. From the earliest of primitive nomadic tribes to the advancing agricultural civilizations that followed, knowledge of botanical skills (botany) has proved central to mankind’s successful evolution. 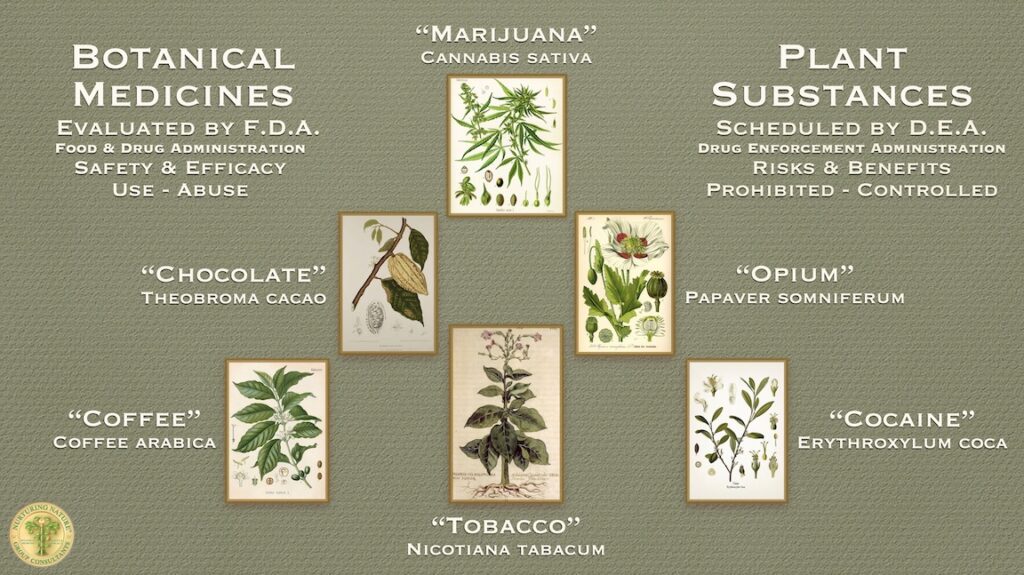 Civilizations’ earliest “physician” healers included Imhotep (2667-2648 BC) in Egypt and Hippocrates (460-370 BC) in Greece, as well as Acharya Charaka (100? BC – 200? CE) in India and Zhang Zhongling (150-219CE) in China. They all understood and shared certain knowledge about the importance of plants to sustain health. Accordingly, these historical figures are widely regarded as Fathers of Modern Medicine by their respective cultures in that they each recorded their botanical findings to herald the beginning of the evidence-based healthcare science.

Dr. Block has significant lifetime achievements involving the natural earth sciences. He is a distinguished Master Gardener Course Educator certified by the Florida State Department of Agriculture, and an accomplished internationally awarded horticulturist. He owns and directs Block Botanical Gardens in Miami, Florida, an Institutional Member of the American Public Gardens Association.

Evolutionary natural selection provides indirect evidence of mankind’s effective use of botanical substances. Whether for nutrition or remedies, plant source chemicals are essential to sustain life and have been exploited by animals since the beginning of time. Humanlife’sevolutionalong with plant life has revealed common ancestral chemicals recognized to be essential to our health and survival. One has only to look at essential “lifeblood” molecules of hemoglobin next to those of chlorophyll to appreciate that their remarkably similar chemistries connect an ancient botanical past to the complexities of our evolved modern human physiology. 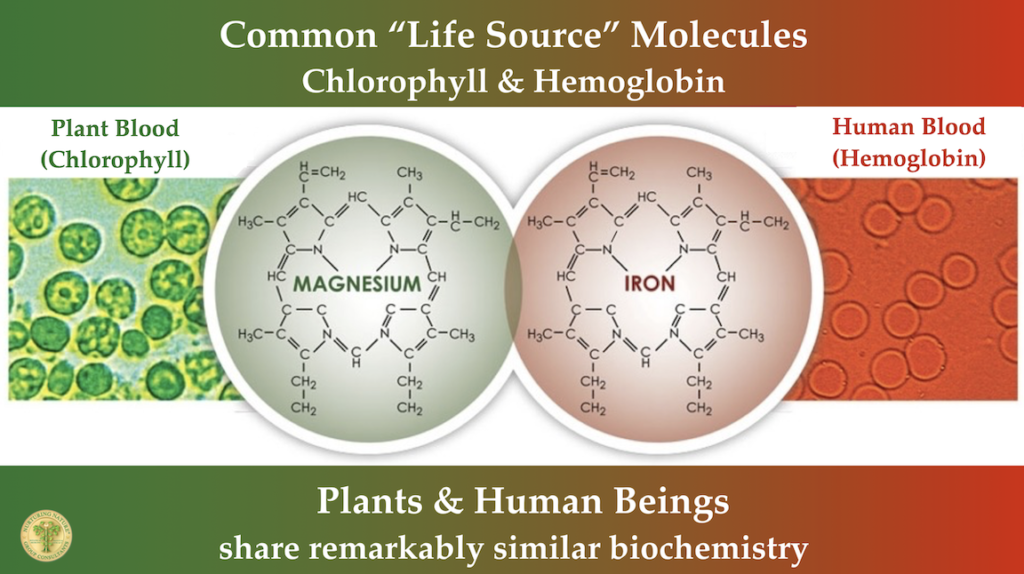 In ancient times, healers were depended upon as horticultural botanists. If they did not understand how to keep plants alive, healers would have lost their formulary and most certainly would have failed at their craft. From the earliest of primitive nomadic tribes to the advancing agricultural civilizations that followed, botany remained central to mankind’s successful evolution.

Civilizations’ earliest “physician” healers included Imhotep (2667-2648 BC) in Egypt and Hippocrates (460-370 BC) in Greece, as well as Acharya Charaka (100? BC – 200? CE) in India and Zhang Zhongling (150-219CE)in China. Theyall understood and shared certain knowledge about the importance of plants to sustain health. Accordingly, these historical figures are widely regarded as Fathers of Modern Medicine by their respective cultures in that they each recorded their botanical findings to herald the beginning of the evidence-based healthcare science. 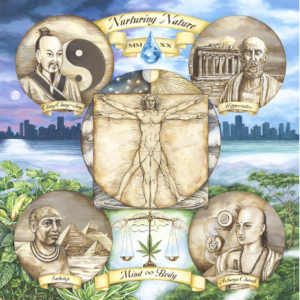 Unlike most plants that use several methods of distribution such as wind, insect cross-pollination, or seed dispersal by animals, human agriculture is credited for Cannabis’ worldwide transport from Asia subsequent to the last ice age.

There is accumulating genomic evidence that native and natural traditional landrace Cannabis varieties evolved their ancestral balance of synergistic phytocannabinoids and essential oils to successfully co-evolve with humans and find their way around the world. Teleological discussions reason that if used by human beings for over 10,000 years, these traditional Cannabis varietals likely interplayed favorably with human genes well-enough to meet the survival needs of adaptive physiology.

Mankind’s long-term survival along with Cannabis since the last ice age has persisted since a time when many other plant and animal species met with extinction. When intuitively regarded as an ethnobotanical “challenge”, human and plant co-evolution is indirect evidence indicating that therapeutic tolerance has withstood the test of time’s ultimate knock- out (research) experiment through evolutionary survival.

JSB – Comment: Teleological paragraph’s inclusion within cannabis (ethno) botany education:
“In modern science, explanations that rely on teleology are often, but not always, avoided, either because they are unnecessary or because whether they are true or false is thought to be beyond the ability of human perception and understanding to judge.”
Ransom Johnson, Monte (2008), Aristotle on Teleology, Oxford University Press pages 23-24.

How to Identify Types of Cannabis – Challenges for Taxonomy

As humans came to better understand living organisms, several systems to group plants and animals were devised according to the available knowledge of the time. Mankind’s attempt to currently categorize plants into an acceptable taxonomy includes both nomenclature and classification.

The mid-18th century Linnaean hierarchal order in use for naming organisms is based on eight taxa and includes domain, kingdom, phylum, class, order, family, genus, and species.

In botany, the starting point was in 1753 the year Carl Linnaeus first published Species Plantarum using binomial nomenclature (genus; species). Renderings of herbarium specimens and classical botanical drawings remain as the accepted standard for plant identification because by convention they depict all parts of the plant’s life cycle in a single image including seeds, roots to stems, and leaves to flowers. The morphology and shape of a plant’s flowering parts were traditionally used to determine many groupings.

Cannabis is also categorized as being dioecious because separate plants contain either male or female reproductive organs, requiring cross-pollination to set seed.

One contributing reason why field-grown male and female Cannabis plants often have been referred to as “weeds” is because the male plant’s pollen is easily windswept to nearby readily receptive female flowers to create seeds. Because the greatest content of phytocannabinoid and terpene chemicals are found in un-pollinated female flower bracts, the female plants are typically kept separated from males to ensure that more energy contributes to plant chemical production rather than seed production. Hence the Spanish word Sinsemilla meaning “without seeds” was derived to describe the female plant flower’s rich chemical content. 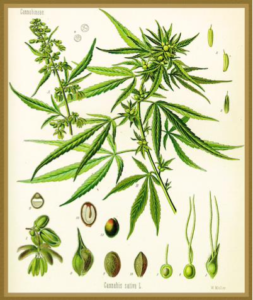 The two common types of Cannabis used for medical purposes are generally (but erroneously) referred to as indica, and sativa. The existing nomenclature for the genus Cannabis is used to legally distinguish its contrasting commercial uses. Whereas few, if any, true pure landrace varietals actually still exist, today’s “medical marijuana” as developed under Federal Prohibition more accurately refers to a collective term representing man-made hybrids between traditional sativa and recreationally popular indica species of the genus Cannabis.

Despite its cultivation as a source of food, fiber and medicine, and its global status as the most frequently used illicit drug, the genus Cannabis currently has an inconclusive taxonomic organization and evolutionary history. Drug types of Cannabis (marijuana), which contain higher amounts of the psychoactive cannabinoid THC, are used for medical purposes and as a recreational drug.

Hemp types are grown for the production of seed and fiber, and contain low amounts of THC, but more recently as a source of non-psychoactive CBD, or cannabidiol. Hemp is a traditional type of Cannabis that has been incorporated into the industrial manufacture of various derived products. Its use can be found in multiple commercially viable products including biodegradable plastics, biofuel, clothing, textiles, insulation, paper, food, and food for animal consumption.

Primarily male, hemp does not represent flowering buds at any stage within their life cycle and produces a fine, softer textile fiber than do female plants. Due to centuries of selective breeding, hemp now produces relatively low concentration levels of THC and has a faster-growing rate to improve stalk harvests.

Hemp is usually grown outdoors to maximize its size and yield, and less attention is paid to individual plants, while in contrast achieving maximum THC levels in Cannabis sativa as a drug requires close attention to horticultural conditions. Certain Cannabis varietals that are known to contain more CBD than THC are found within industrial hemp that has recently been of therapeutic interest for treating neuro-movement disorders such as refractory epilepsy. 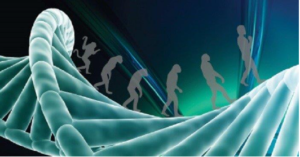 As the science of genetics vastly improves our ability to understand evolutionary nature, the widely accepted genus and species binomial nomenclature designation has increasingly been challenged, requiring frequent reconfigurations.

DNA-based research can offer botanists a better understanding of the relationships between plant species. This knowledge will help to select plants that share similar biochemical assays, thus guiding their screening and selection of plants for potential medicinal use.

Marijuana cultivar (“strain”) names usually do not reflect a meaningful genetic identity. When marijuana and hemp were differentiated at a genome-wide level, only a moderate correlation between the genetic structure of marijuana varietals and their reported C. sativa and C. indica ancestry could be correlated. (5) Accurate data acquisition from patients receiving a known cultivar’s chemical constituents will be essential to responsibly advance therapeutic whole-plant use, so reliable methods for identifying whole-plant genotypes will be needed to safely advance endocannabinoid medicine’s translational research. 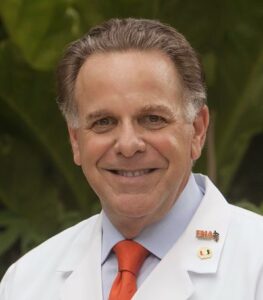 Jeffrey S. Block achieved his bachelor’s degree in chemistry/psychology from Emory University in 1978, and his Medical Doctorate from the University of Miami in 1982.

He is a Board-Certified Anesthesiologist, Fellowship trained in Pain Management & Addiction Medicine, and a nationally respected authority in the healthcare and agricultural sciences.